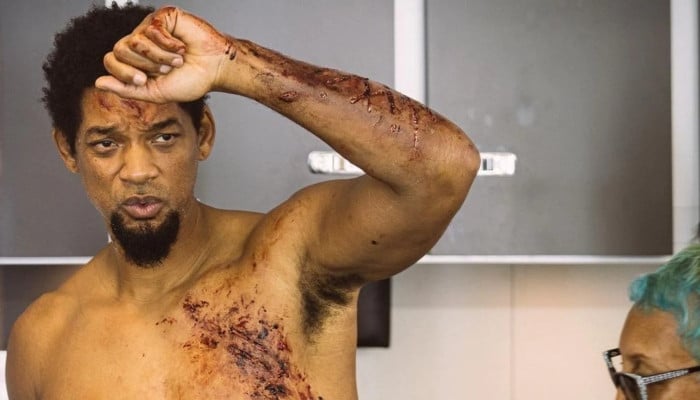 Will Smith dropped a rare glimpse from his upcoming film Emancipation.

The King Richard star, 54, took to his Instagram on Friday and posted a new shirtless picture, offering fans a behind-the-scenes glimpse of the ‘WILD’ makeup from his upcoming film.

The Academy Award-winning star will be playing a slave named Peter in Louisiana in the movie, which follows his attempts to reunite with his family amid the Civil War.

The King Richard actor could be seen showing off newly applied makeup on his torso and arm depicting cuts and scars for a scene in the historical drama.

In the caption of the post, Smith gave special shout out to his makeup artist, Judy Murdock. Sharing the photo, he wrote, “Judy’s done my makeup on almost all my movies and lemme tell you, she went WILD on #emancipation.”

Moreover, the historical film will be Smith’s first project released since he infamously slapped comedian and host Chris Rock at the Oscars earlier in March.

Emancipation will be released in theaters on December 2 and then later on Apple TV+ on December 9.