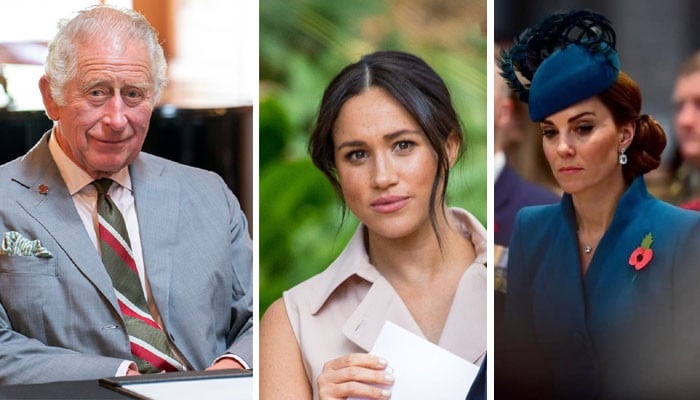 This claim has been made by royal commentator Angela Levin, in her interview with The Sun.

She started by addressing the situation and claimed, “Prince Charles, as he was then when he was first introduced to Meghan thought she was terrific.”

“He did think she was a breath of fresh air and he was very happy that Prince Harry had found someone to get married to.”

But “It didn’t work and however kind he’s been – offers of coming up to Balmoral and coming to lunch in the country – it’s been taken with no enthusiasm or not taken at all.”

Ms Levin also went on to note how “He’s done his very best but Meghan wanted her and Harry to be number one and it annoyed her.”

During the course of the chat, Ms Levin also weighed in on the relationship dynamic between King Charles and his daughters-in-law and discussed differences, adding how while “Catherine comes from a stable family where if there are any arguments or disputes they work very hard, very quickly to sort it out.”

Meghan on the other hand “of course comes from a broken family and there is a lot to show that she tends to just cut people out of her life if they say anything that might not be praise.”

“[Catherine is] a family person she doesn’t cause trouble even if she’s not 100 per cent pleased with something, she just gets it done and carries on, whereas Meghan takes a stand.”

“The way that [Catherine] and the now King look at each other when they go to an event or go to an engagement, they’re very relaxed with each other, they smile, they laugh they’re at ease.”