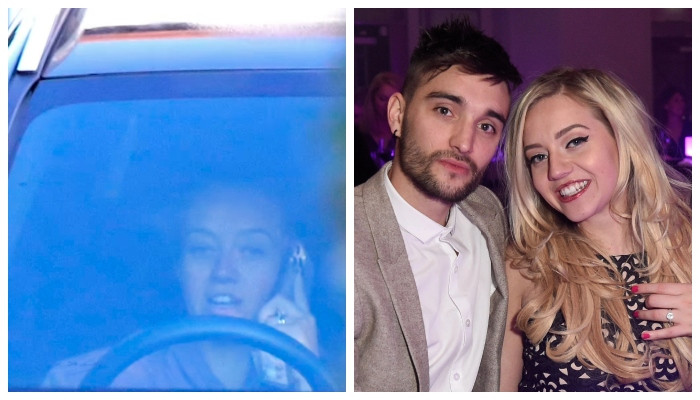 Kelsey Parker has been spotted with a special wedding ring since it was revealed by that she is dating a convicted killer months after the death of her late husband Tom Parker.

The grieving wife of The Wanted star, was pictured talking on her phone while sitting behind the wheel of her parked car near the Bolton home she shared with The Wanted star this morning.

The 32-year-old’s new boyfriend Sean Boggans, 39, was jailed in 2013 for killing a stranger with a single punch while waiting for a taxi outside an east London pub.

Boggans is understood to be dating Kelsey some eight months after the death of her husband – a singer in the popular British boy band – following a long battle with brain cancer.

Following the news, Kelsey, who was wearing no make-up and wore her hair pulled back into a ponytail, was seen taking the phone call away from her house.

The electrician spent time behind bars after fatally punching Shaun McDermott, 44, during a heated argument over a taxi outside the Havering Oak pub in Romford.

She has been mourning her husband, Tom, since losing him to cancer eight months ago and admitted recently that life on her own was ‘tough’.