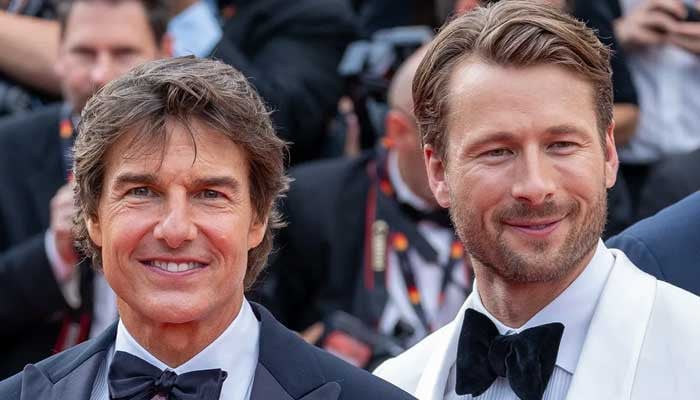 Tom Cruise once scared his Top Gun: Maverick co-star Glen Powell when the pair went skydiving a few years ago.

“We were gonna go do some reshoots in London. I say, ‘I wanna go skydiving while I’m out here,’ and he says, ‘The skydiving here is great’,” The actor said.

Powell continued: “[Cruise] sends a helicopter for me but it got so windy that the skydiving team – I was with the UK skydiving team – said it’s so dangerous we should not go skydiving. I said, ‘Alright, I’m no hero.

“So we scrapped it and went back, and then Tom hit me up a couple of weeks later and was like, ‘Hey man, what are you scared?’ You never took me up on skydiving.”

“So, with the girl that I was seeing at that time, it was our second date, we went skydiving and when I got there, I found out that Tom’s only request was that Glen cannot go skydiving with another person,” he said

“He has to go solo the first time. So I literally have to jump out of this plane by myself, but the worst part is that I couldn’t find my tab when I was falling.

“My first thought was like, ‘Oh Tom just killed me, he’s gonna feel so bad.’ I’m looking for the tab and I went, ‘You’re not Tom Cruise, you’ll never be Tom Cruise, why did you do this?’

“And then I finally pulled it, I was way below altitude, came in hot, made it.”

Tom Cruise is globally loved and praised for his amazing acting skills. The 60-year-old has won three Golden Globe Awards, three MTV Movie Awards, and a couple of People’s Choice Awards, just to name a few – but surprisingly, the Oscar award has always eluded him.