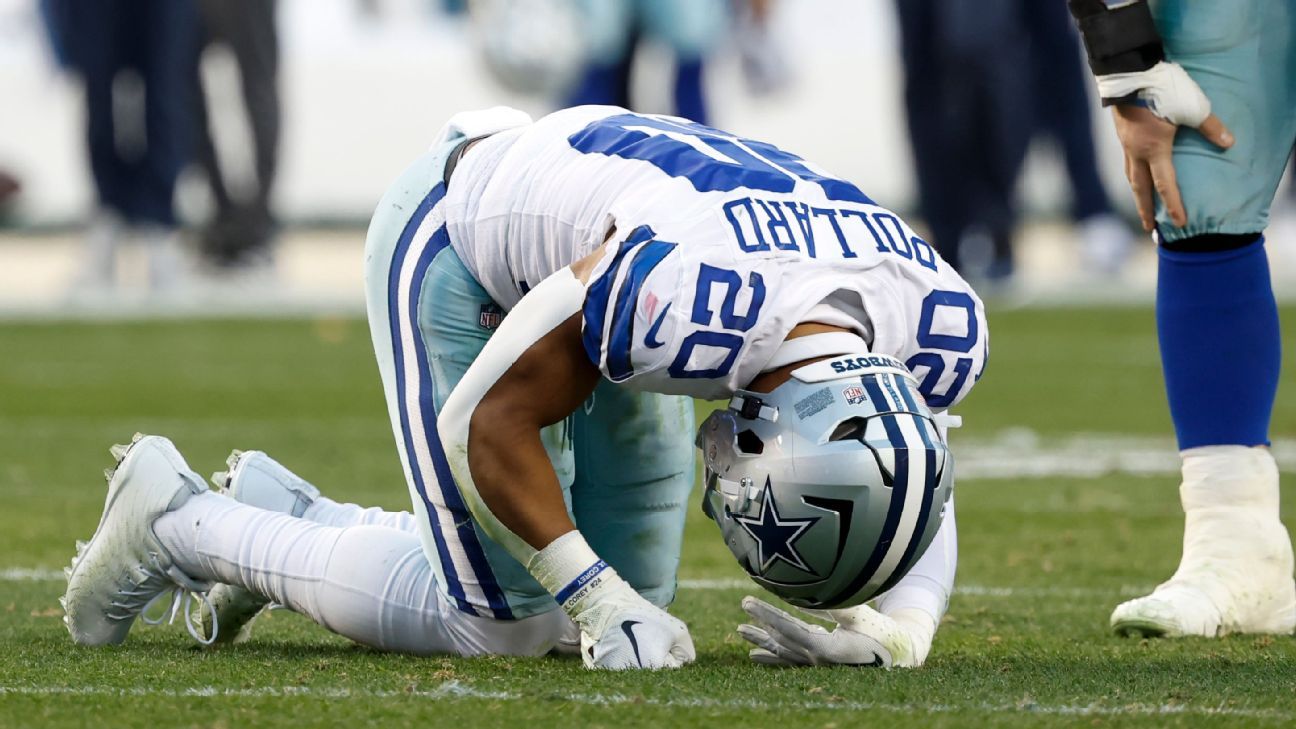 FRISCO, Texas — Running back Tony Pollard underwent surgery Tuesday to repair ligaments from a high ankle sprain he suffered in the Dallas Cowboys‘ divisional round playoff loss to the San Francisco 49ers, according to a source.

Pollard suffered the injury with 1:24 left in the first half when 49ers defensive back Jimmie Ward landed on his ankle while making the tackle. Pollard was carted to the X-ray room with an air cast on his leg. The Cowboys had only 21 yards rushing in the second half without Pollard.

Pollard underwent a “tightrope” procedure instead of a surgery that required screws into the tibia and fibula for a repair. In this procedure, a braided polyethylene cord, rather than a rigid surgical screw, is applied to restore the original position of the bones and to allow for proper healing.

Pollard should be at full strength well before training camp. Tua Tagovailoa underwent a similar surgery while at Alabama, and Tennessee Titans quarterback Ryan Tannehill also had the procedure recently. Pollard also suffered a fractured fibula but that will heal with time.

The timing of the injury hurts Pollard, who is set to be a free agent in March and is coming off a Pro Bowl season in which he had a career-high 1,007 yards and scored 12 touchdowns, one more than he had in his first three seasons combined. The Cowboys could place the franchise tag on Pollard to keep him off the open market but would like to work out a long-term deal if possible.

The NFL announced Tuesday that Pollard will be replaced in the Pro Bowl Games by Minnesota Vikings running back Dalvin Cook.

The Cowboys could have a decision to make on Pollard’s running mate, Ezekiel Elliott, who is scheduled to make $10.9 million in 2023. There is no more guaranteed money in Elliott’s contract, which makes him a candidate for a pay cut or release. After the loss to the Niners, Elliott said he wants to remain with the Cowboys.

In Pollard’s case, the Cowboys have shown a willingness to pay their own players coming off injuries. In 2021, they signed Dak Prescott to a four-year, $160 million deal after he suffered a dislocation and fracture of his right ankle. Last year, they signed wide receiver Michael Gallup to a five-year, $57.5 million deal after he tore the anterior cruciate ligament in his left knee in the second-to-last game of the regular season.