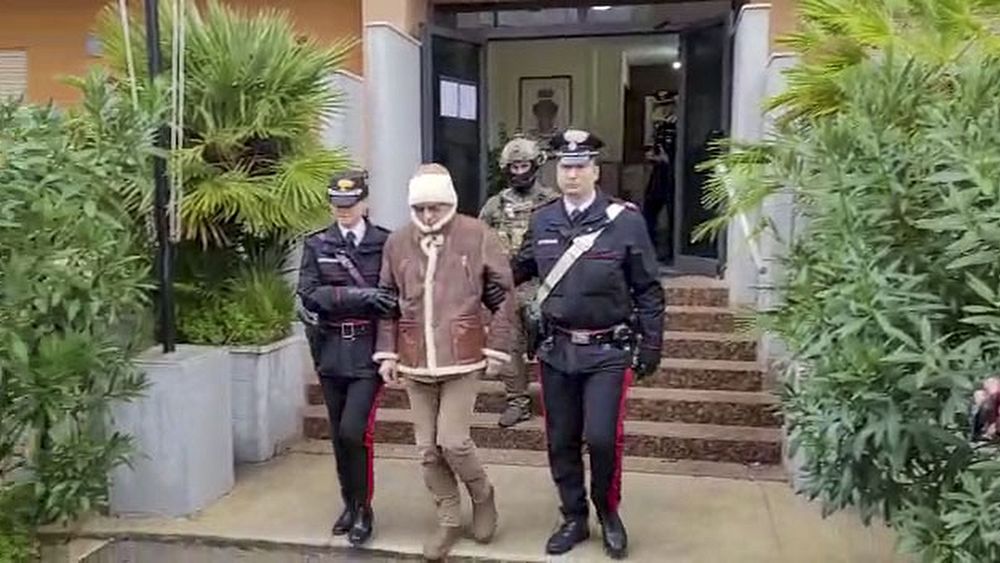 Italian police are swiftly cracking down on the criminal network that allowed “last Godfather” Matteo Messina Denaro to live and thrive in broad daylight in his native Sicily for the last 30 years — despite being on Italy’s most wanted list.

On Monday, authorities arrested a suspect accused of “loaning” his identify to the Mafia boss, a 59-year-old Sicily-based surveyor named Andrea Bonafede.

Thanks to false documents, Messino Denaro was able to do things like buy a car in person, go to the supermarket and seek treatment in a private medical facility, where he even took a selfie with a surgeon.

Messino Denaro is currently being held in a high-security prison in L’Aquila, central Italy.

He has cancer and is “seriously ill”, according to the doctor who was treating him before the arrest.

Police have already found and searched three hideouts in Sicily, two in Campobello di Mazara and one in Trapani, where he’s understood to have lived a “normal life” up until his 16 January arrest in Palermo.

Messina Denaro is scheduled to appear before a court on 9 March.

He’s appealing his life sentence over the murder of two prominent Italian Mafia prosecutors in 1992, Giovanni Falcone and Paolo Borsellino, as well as their bodyguards.

He has, however, also been accused of ordering or carrying out a number of homicides — at least 20, according to the Italian press.

There are still four other high-profile gangsters wanted by Italian police currently at large. People linked not only to the Sicilian Mafia, but also to the Sardinian, Calabrian and Neapolitan “clans”.