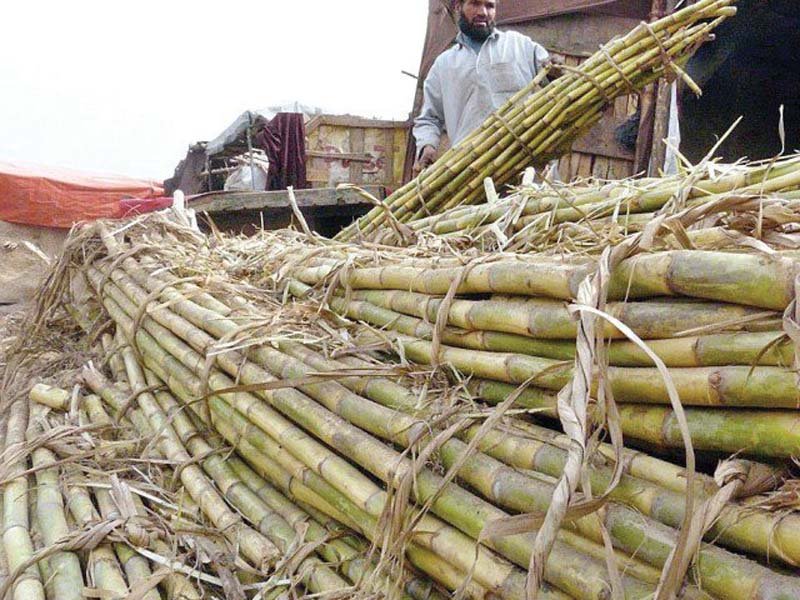 
In what appears to be a deliberate move, the sugar mills in Punjab have refused to start the sugarcane crushing season from November 25, as a deadlock between the government and mills over permission to export the sweetener persists.

The delay in the crushing, despite the issuance of the permit to start the 2022-23 season, has multiplied the worries of the growers, particularly those who had already harvested their crop in anticipation of start of sugar mills later this week.

The sugar mills in Punjab issued a message directly to growers or on social media platforms, saying that because of some technical issues, the crushing of the sugarcane could not be started on November 25, as announced earlier.

The growers started sugarcane harvesting after the announcement of Rs300 per 40 kilogrammes support price by the Punjab government for the 2022-23 crushing season. Simultaneously, the sugar mills started issuing permits to the farmers for the supplies from November 25.

According to sources, the Pakistan Sugar Mills Association (PSMA) has instructed the mills not to start the crushing season until the government permission for sugar export is received. The farmers say that crop over thousands of acres of land has been harvested and the mills announcement has put them in great difficulty.

The Sugar Advisory Board Chairman Tariq Bashir Cheema, who is also the food security minister, is on record to have said that allowing sugar export would jack up its prices in the country. Cheema told the National Assembly recently that in the past sugar was exported at lower rate and imported later at a higher price.
Now, the PSMA is in negotiations with the prime minister and the finance minister on the issue. However, the farmers suffer in the tussle between the mills and authorities. The mills want the government to purchase the required stock for domestic consumption and allow them to export the rest to improve their liquidity.

The sugarcane is grown in several parts of the country. Districts of the Bahawalpur division of Punjab and the Sukkur division of Sindh account for 62% of the total sugarcane cultivation and production. In these districts, it is stated, the crop has by and large been spared by the recent devastating floods.

According to the data, the damage to the sugarcane crop in the affected districts of Sindh is estimated to be 10-12%. The experts suggest that sugarcane is a tough crop, therefore, it survived the floods, but it might affect the production of sugar.

According to various reports, sugarcane production is estimated at 81.64 million tonnes for 2022-23 from an area of 1.32 million hectares, which shows 12.44% and 6.23% increase in area and production, respectively, compared to the targets set by the government.

The estimated fall in the 2022-23 season production is estimated at 7 million tonnes. But despite the slight drop in the output, the growers as well as industry sources believe, there would still be exportable surplus at the end of the season next year.

“Minister Cheema is worried only about the export of sugar, but in his tenure the prices of other food items such as ghee, oil, wheat, flour, and onion have increased,” Zahid Bhurgari, the general secretary of the Sindh Chamber of Agriculture (SGA) said.

“The price of sugar has remained stable since the last crushing season. There are government reports that the production and stock of sugar in the country is more than the country’s requirement,” Bhurgari told The Express Tribune.

According to the SGA senior office-bearer, the high sugar consuming industries, such as beverage companies, confectionary factories, have gradually increased the prices of their products despite the low price of sugar in the domestic market.
Keeping in view the country’s need, Bhurgari suggested that the government could obtain the stock of sugar through the trading Corporation of Pakistan (TCP) and allow the export of the surplus stock so that the sugar mills could make payments to the sugarcane farmers.

Kisan Bachao Tehreek Chairman Chaudhry Muhammad Yasin said that small and large farmers wanted to harvest sugarcane crops as soon as possible to free their land for the cultivation of wheat, stressing that if the timely decision was not taken, a wheat crisis might emerge in the country.