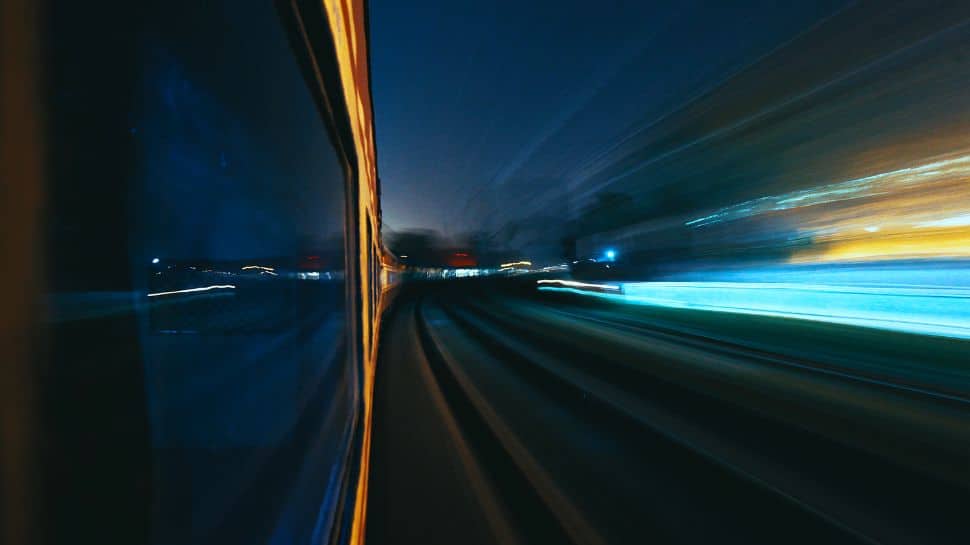 Indian Railways is working towards upgrading multiple railway stations across India. Very often, updates on the designs of these stations and various other related news are shared on the Ministry of Railways’ Twitter. However, this time, the ministry has broken the pattern by sharing images clicked from a moving train. The pictures shared by the Railway Ministry’s Twitter handle have gotten the internet’s attention.

The pictures shared by the Ministry of Railways can be specified as Light paintings. These photos show a visually appealing light pattern of lights. The picture was shared with the caption saying, “Magical play of light caught through the running train #LightAndSpeed.” However, the photos do not belong to the ministry originally. They gave the due credit to a Twitter handle named Thetrainstory.

The Twitter handle mentions that these pictures are part of “Chapter: The Train Chaser.” Explaining the idea behind the pictures, Train story wrote, “Standing at the door, as the train departs slowly from the station, hearing the sunset’s Islamic call to prayer from far, waving to the children standing on the trackside, I once again begin my journey and this time to experience the night on the railway tracks. As the train speeds up through the city area, a different view strikes my eyes, and that’s the flashing of lights, just like any sci-fi movie scene. At the door, I witness this magical play of light through the moving train. To be continued… Commemorating 75 years of Independence.”

Magical play of light caught through the running train. #LightAndSpeed

One of the users wrote, “Looks like pics taken Some day in the distant future when light-speed travel becomes a reality. Racing alongside a Ray of light. For now, long exposure shots should do the job.” While others complimented the pictures saying, “Amazing picture,” “Excellent,” and similar things. One another user wrote, “Flabbergasting and Amazing long exposure shots!”