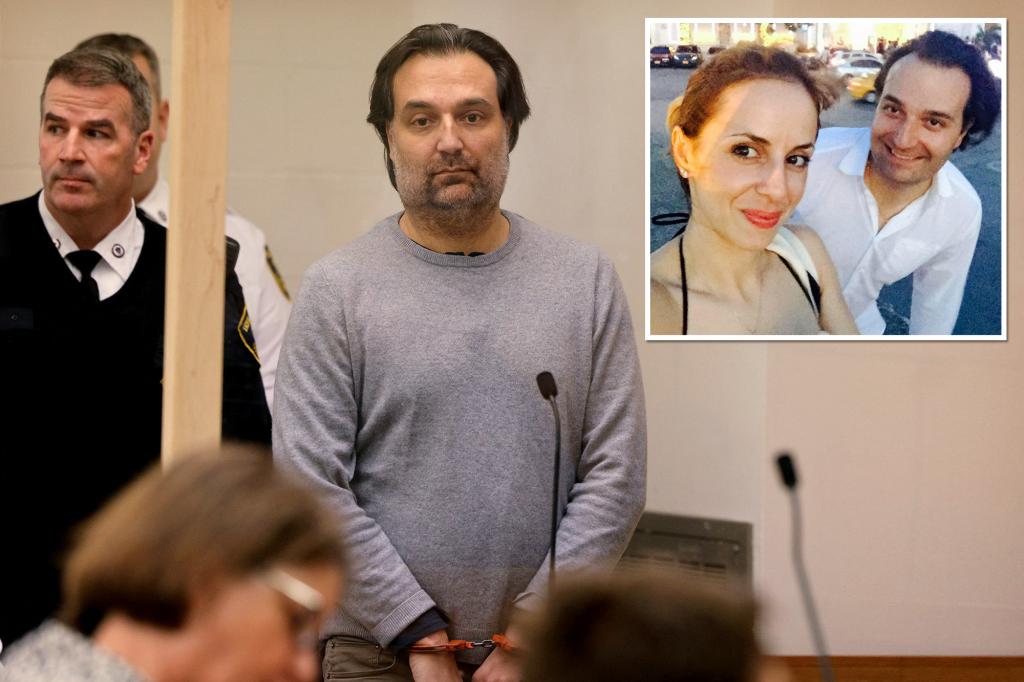 Ana Walshe has been the most high profile missing person case of 2023, after she disappeared in the early hours of the New Year.

The real estate executive, 39, was last seen by her husband, Brian Walshe, who claims she left their Cohasset, Mass., home for a “work emergency” in Washington DC. However, she never took a plane and was reported missing on Jan. 4.

Since then her husband has been charged with murder, even though no trace of her body has been recovered.

While police have said they have strong circumstantial evidence against Brian – from genetic material to surveillance footage of him buying cleaning materials to his disturbing internet search history – he has pleaded not guilty to her murder.

Former Washington, DC, prosecutor Thomas “Tad” DiBiase told The Post without Ana’s body prosecutors are at a disadvantage, but can still secure a conviction.

Although many people mistakenly believe you need to find a body to prove a crime has been committed, DiBiase said that is far from true and pointed to his research, which concluded no-body murder cases even have an 86% conviction rate, compared to 70% for all murder cases as a whole.

DiBiase, who served with the DC District Attorney’s office for over 10 years, prosecuted the district’s second-ever no-body murder case. He has since become a leading expert on the subject, and lectures prosecutors and police investigators across the country on how to secure homicide convictions in the absence of the victim’s remains.

Below, he walks The Post through the complications of a no-body murder, and what to expect from the Walshe case.

Although the history of no-body murder prosecutions in the US dates to the early 19th century, these trials used to be relatively rare occurrences.

DiBiase said the absence of a victim’s body brings an “added layer of challenge” in court because it requires prosecutors to prove not only the defendant committed a heinous crime, but also the victim is actually deceased to begin with.

“[Without a body] you have to show enough evidence to make a juror believe beyond a reasonable doubt not only is the person dead, but that the person sitting there in court is the one who did it,” he said.

DiBiase’s assessment was backed up by that of Lisa Dadio, M.S., MSW, a retired police lieutenant who is now on the faculty at the University of New Haven.

“The body itself is a mini-crime scene and can yield a lot of physical evidence in a case,” Dadio explained.

“When a body is recovered, most times a medical examiner or coroner can determine cause and manner of death, which is directly related to the charges against an individual.”

But while the lack of a victim’s body poses a challenge for investigators and prosecutors, the ability to hold up murder convictions in court hinges on the legal principle of corpus delicti, or “body of the crime.”

According to the Cornell Law School Legal Information Institute, corpus delicti dictates that a suspect cannot be convicted of a crime without sufficient evidence that the misdeed was actually committed. In the absence of the victim’s remains, homicide cases rely on other convincing physical and circumstantial evidence.

One of the first modern cases to bring corpus delicti into popular consciousness was that of Robert “Leonard” Ewing Scott, who was sentenced to life in prison in 1957 for the murder of his wife, Evelyn Throsby Scott, who was last seen in 1955.

Because Evelyn’s remains were never found, Scott’s conviction hinged in part on the fact that her glasses, dentures and other personal belongings were found near an incinerator on the couple’s Bel Air property.

Although Scott denied killing Evelyn for several years, his New York Times obituary states that he confessed to author Diane Wagner after being released on parole in 1978.

In his conversation with The Post, DiBiase claimed that there have been 576 no-body murder trials in the United States in the last 200 years — with more than half of them occurring since 2000.

DiBiase attributed the uptick in prosecutions to advances in technology, including the growing role of DNA evidence, forensics such as fingerprints and “electronic trails,” or online footprints including location data, surveillance cameras, ATM transactions and cellphones — which track a user’s location and carry a wealth of personal data.

Both genetic and digital evidence played a major role in the murder charges against Brian Walshe. At his arraignment last week, Assistant District Attorney Lynn Beland told Quincy District Court DNA from both Ana and Brian was found on a pair of bloody slippers and the Tyvek body suit uncovered at the Peabody trash transfer site several days earlier.

The two stained items were unearthed alongside other suspicious objects, including a hacksaw, a hatchet and a carpet.

Beland told the court the contents of those bags — which may have included Ana’s remains — had already been incinerated by the time cops got to them.

In the early hours of New Year’s Day, the father of three allegedly used his son’s iPad to look up “how long before a body starts to smell?” and “how to stop a body from decomposing?” He also searched “how long for someone to be missing to inherit.”

The grisly queries continued throughout the day and into the rest of the week, with follow-up questions including “how long does DNA last?”, “dismemberment and the best ways to dispose of a body” and “can you be charged with murder without a body?”

He also looked up “best state to divorce for a man” on Dec. 27, just days before Ana vanished.

“Rather than divorce, it is believed that Brian Walshe dismembered Ana Walshe and discarded her body,” Beland concluded.

“Walshe has checked off boxes of things you are not supposed to do, going and doing these unbelievably idiotic Google searches,” DiBiase said of the damning evidence.

“He’s writing a how-to of how not to escape committing a no-body murder!”

“The husband is the most obvious suspect,” he explained.

While the Walshe saga is currently dominating the nation’s headlines, DiBiase said that most readers are probably more familiar with no-body trials than they realize.

Ana Walshe’s disappearance bears a particularly disturbing resemblance to that of Jennifer Dulos, a Connecticut writer and mother of five who was last seen at her rental home in New Canaan, Connecticut, on May 24, 2019.

At the time of her disappearance, Jennifer, 50, was in the process of divorcing her husband, Fotis Dulos. Although Fotis and his girlfriend, Michelle Traconis, were charged with tampering with evidence and hindering prosecution just a few weeks after Jennifer vanished, Fotis was not slapped with capital murder charges related to her death until Jan. 7, 2020.

“It’s less important when an arrest occurs versus whether they have sufficient evidence to make both probable cause to arrest and are able to prove guilt beyond a reasonable doubt at trial,” DiBiase told The Post of the lag behind Fotis’ charges versus the apparent speed of those against Brian Walshe.

Fotis was released on bond later that month and subsequently attempted suicide at his home on Jan. 28, 2020. He was pronounced dead two days later.

As of 2023, Jennifer’s remains have never been found.

In more recent news, DiBiase pointed readers to Paul Flores, who was convicted of first-degree murder last fall in the 1996 killing of his college classmate Kristin Smart.

Although Smart’s remains have never been recovered, prosecutors successfully argued that Flores, 45, murdered her during a rape attempt. His father Ruben Flores, 81, was acquitted by a separate jury of accessory charges for allegedly helping his son bury Smart’s body.

DiBiase also noted that some of America’s most infamous killers have no-body murder convictions on their rap sheets.

Sixties fiend Charles Manson, for example, was convicted of first-degree murder in 1971 for the August 1969 death of Donald Jerome “Shorty” Shea.

Manson reportedly ordered three members of his cult-like “Family” to kill Shea because he believed the aspiring actor was leaking information about the group’s criminal activities to authorities.

Shea’s remains were not found until six years after Manson and the Family were convicted, when one of the killers led police to its location.

Despite the complications of no-body murder cases, DiBiase is confident that Brian Walshe is guilty of his wife’s murder — and that he will face commensurate justice.

“The Massachusetts police have done a bang-up job on this case,” he said of the police in Cohasset.

“They have done everything they are supposed to do. They seemingly treated it as a murder case from the beginning, not as a missing person.”

DiBiase reiterated that the evidence against Brian is “very valuable, very damning,” and surmised that “it appears that he is not going to get away with [killing Ana.]”

“Hopefully it won’t even go to trial,” he continued.

“This is a strong case. This is a very difficult case for him to get out of at this point. My hope is that he would actually plead guilty.”