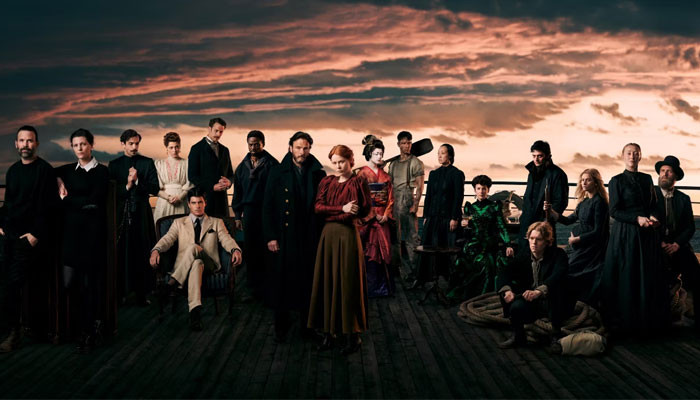 Netflix recently came out with its horror-mystery series 1899.

Set in the year 1899, just at the turn of the new century, the series follows a group of European migrants travelling from London on a steamship named Kerberos to start new lives in New York City.

However, the trip takes a dark turn when the passengers cross paths with the Prometheus, another migrant ship that was reportedly lost at sea. Their journey turns upside down as the group uncovers the Prometheus’ history and how it connects to their past.

The show features a diverse ensemble cast midst its passengers on a mysterious 19th-century ocean voyage. Since the cast is filled with well-known names from different countries, they all speak in their native languages.

Maura Franklin is the first female doctor in the UK and she is eager to work as a neurologist in the US.

A mysterious member of the group and keeps his identity and thoughts to himself.

Eyk is the ship’s captain and he was responsible for changing the course of the ship after seeing a distress signal from the Prometheus.

Angel is a wealthy Spaniard who only prioritises his own aspirations over everything else. He is accompanied by his brother, Ramiro who is a priest.

Ángel’s brother, originally seems like a cowardly priest but there is more to his story.

Ling Yi is a teenager who often dresses up as a geisha (a Japanese performing artist).

Yuk Je is accompanying Ling Yi on the trip as her servant.

A newlywed from France looking to start a new life with her husband Lucien in New York.

Married to Clémence, Lucien isn’t as excited to be with his new wife but continues on the journey any way.

Jérôme tries his best to remain unnoticed. Yet, he can’t help being interested in Clémence and Lucien’s dynamic as a couple.

Tove is the eldest and most outspoken sibling of a religious Danish family on board. She is pregnant and traveling to New York hopeful for a better future.

Iben is the matriarch of the Danish family and a firm believer.

Anker is the patriarch of the family, and he is just as devoted to his faith as his wife Iben.

Tove’s younger brother, Krester, is very protective of his family.

Virginia is a British socialite that is traveling to New York on her own.

Olek is a coal boy from Poland and he works tirelessly on the ship. During his spare time, he forms bonds with other outcasts on board.

Fflyn Edwards as Elliot (The Boy)

The silent and mysterious boy who befriends Maura later on.