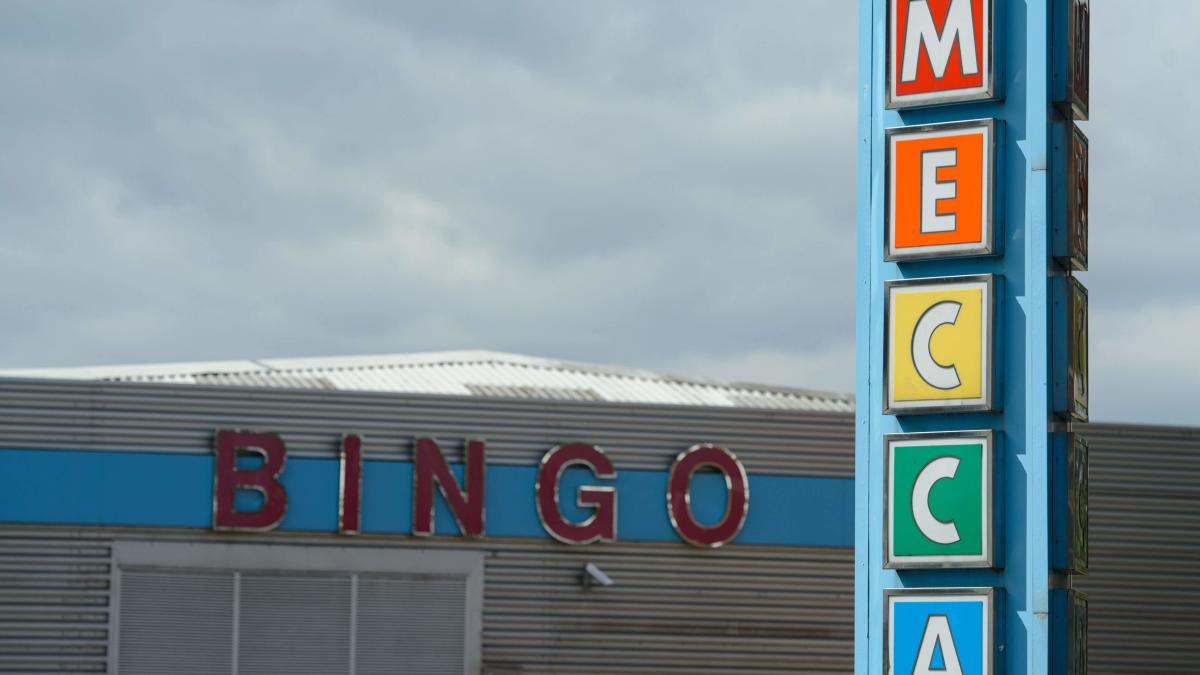 Mecca Bingo owner Rank Group has revealed it tumbled into the red with losses of more than £100 million in its first half, but said trading had been strong over Christmas and new year.

The group reported pre-tax losses of £107.1 million for the six months to December 31, against profits of £101.5 million a year earlier, after being hit by soaring energy and wage costs, as well as the slow return of overseas visitors to London.

Its Grosvenor casinos arm suffered a 5% drop in net gaming revenues over the first half, while Mecca bingos saw growth of 4% and Enracha venues in Spain notched up a 25% hike.

But Rank hailed a rebound over the Christmas season, which it said had continued into January, with boss John O’Reilly saying Grosvenor casinos saw revenues rebound by 19% between December 24 and January 2, and up by 20% in January.

Despite the better recent trading, the group said it still expects the cost-of-living crisis to hit customer spending in the coming months.

It stuck by recent lowered guidance for underlying earnings to plunge to between £10 million and £20 million for the year to June, compared with £40.4 million over the previous year.

In its first half, the group’s like-for-like underlying earnings tumbled to £4.2 million from £24.9 million a year earlier, after £15 million of extra costs from energy bills and staff wage hikes.

Mr O’Reilly, chief executive of The Rank Group, said: “The recovery from the severe impact of the pandemic on our UK venues businesses, Grosvenor and Mecca, has certainly been slower than we anticipated.

“Since lockdown we have faced a huge increase in energy costs, high wage inflation, the slow return of overseas visitors to London and the increasing pressure on consumers’ discretionary income.

“We experienced strong trading over the Christmas and new year holiday period, but recognise that the trading environment is likely to be challenging in the months ahead and cost pressures will continue to weigh heavily on the UK hospitality sector.”

He also called for the Government to offer the sector some clarity and publish the long-awaited gambling review white paper “sooner rather than later”.

Mr O’Reilly said: “Casino and bingo venues are in need of long-overdue modernisation of outdated regulation which heavily restricts the customer proposition.

“This appears to be widely recognised within the debate surrounding the Government’s review and we are hopeful of a positive policy outcome followed by the much-needed rapid implementation of new regulation.”