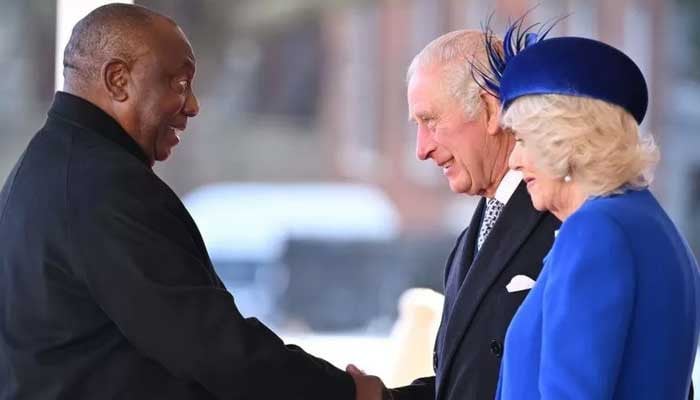 Ramaphosa, whose visit was in the planning before Queen Elizabeth II’s death, was an honoured guest at a State Banquet held by the King, Queen Consort, Prince William, Kate Middleton and other members of the Royal Family at Buckingham Palace.

Iced Vanilla Parfait with Caramelised Apples or coffee and bite-sized confectionery were the options for dessert.

On Monday, the new king amazed fans with unprecedented glimpse inside Buckingham Palace kitchens, where chefs created the national flowers of South Africa, Protea, out of sugar and edible colouring, for the State Banquet.