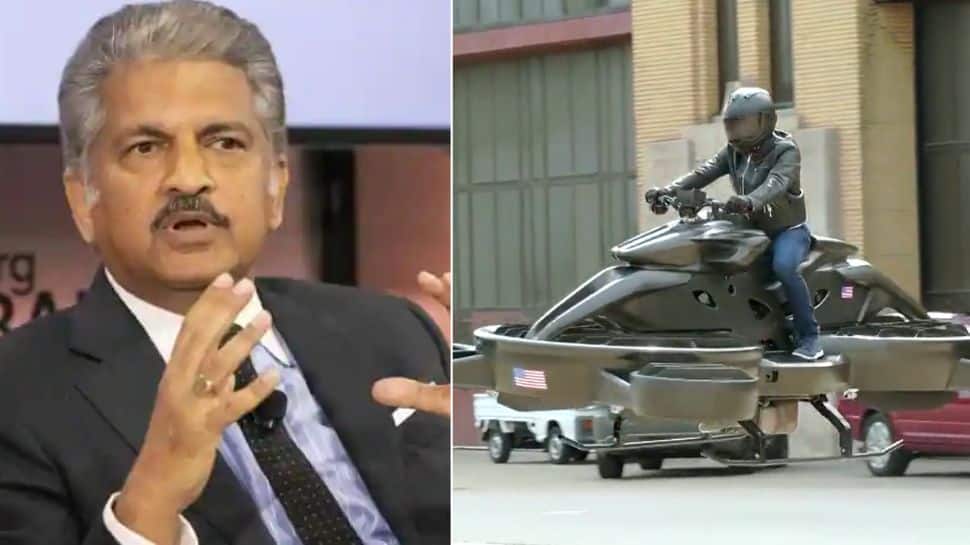 Modes of transportation are undergoing a phase of transformation across the world with changes in powertrains from ICE to EVs. However, the evolution of vehicles is going to continue; the future will have flying bikes and cars. Furthermore, this future is pretty close, with multiple brands unveiling such vehicles. One such video of a flying bike amazed businessman Anand Mahindra who compared the bike to something in a chase sequence in sci-fi movies.

Sharing the tweet, Anand Mahindra wrote, “A flying bike from a Japanese startup. Will cost around $800K in the US. I suspect it will be used mainly by police forces around the world; leading to some interesting new chase sequences in movies…”

The video on Twitter went viral and amassed over 7.4 million views. Furthermore, it sparked a wave of reactions that kept increasing the post’s comments. One of the users commented on the post, saying, “Shah Rukh Khan didn’t see it, otherwise, he would have used it in Pathaan.” While another user wrote, “Already imagined a chase sequence with this in Mumbai, unfortunately, could see most of the officers ending up dangling on those broadband cables.”

A flying bike from a Japanese startup. Will cost around $800K in the U.S. I suspect it will be used mainly by police forces around the world; leading to some interesting new chase sequences in movies… pic.twitter.com/1yUxZJPyH9

The hoverbike made by AERQINS Technologies has a 40-minute flight time and 62 mph top speed (100 kph). A smaller version will start to be sold in the US starting this year, according to plans previously disclosed by the company’s founder Shuhei Komatsu. It is already for sale in Japan.

Despite the vehicle’s high price, Komatsu had previously stated that the company aimed to reduce the cost to $50,000 for a smaller, electric model by 2025. Presently, the 200 Limited-Edition XTurismos will be delivered in 2022, and when costs come down, general manufacturing will start. Hopefully, VTOL laws and regulations will have caught up by the time this flying bike gets there.