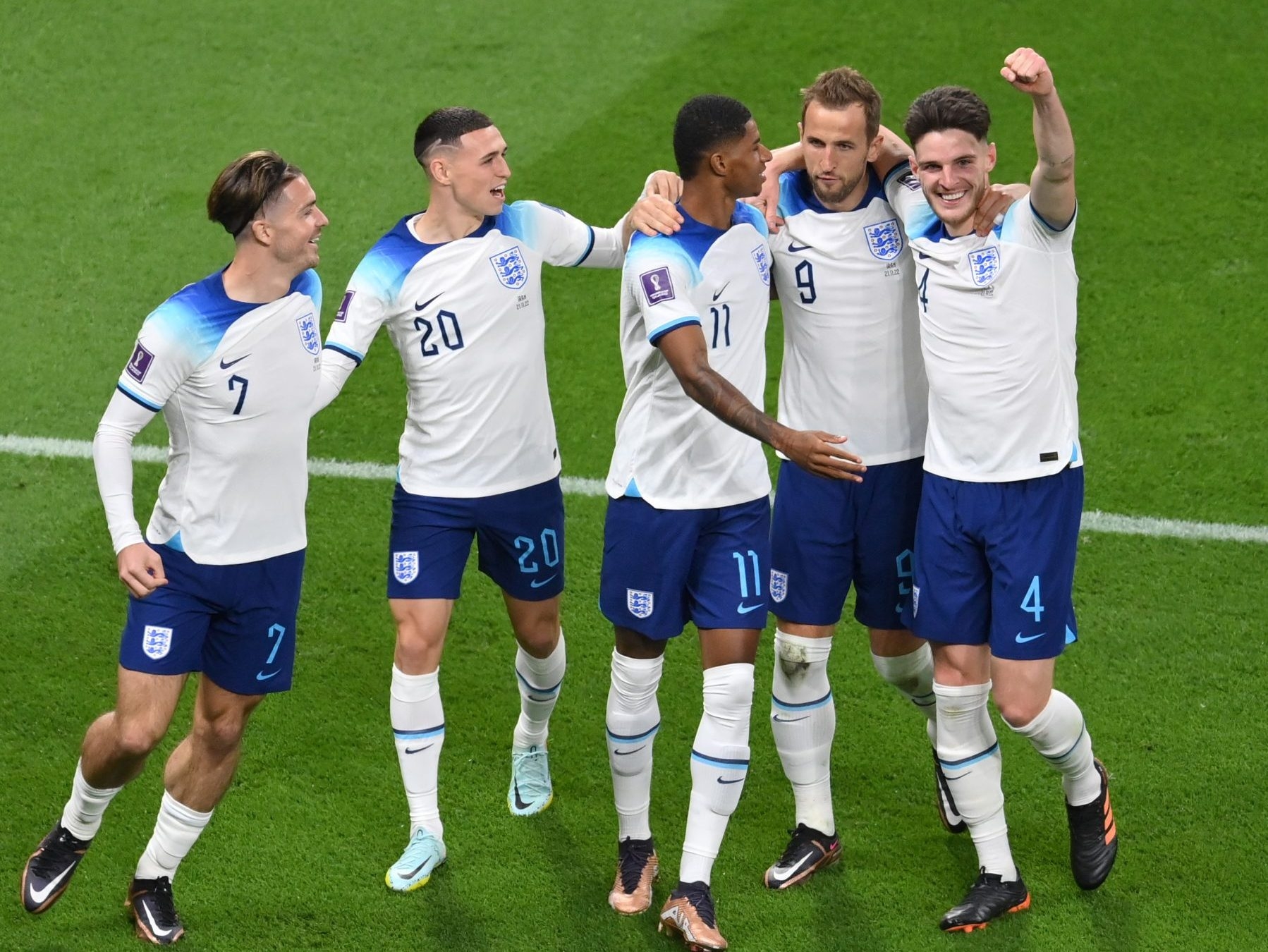 DOHA — England got their World Cup campaign off to a flying start as they rattled in the goals past a shell-shocked Iran and cruised to an impressive 6-2 Group B victory on Monday in a timely return to form for Gareth Southgate’s side.

England came into the tournament without a win in six games, but a dynamic opening 45 minutes in which Jude Bellingham scored his first England goal, Bukayo Saka doubled the lead and Raheem Sterling grabbed a third set up a second-half stroll.

Saka’s second goal after the break allowed them to take their foot off the gas and opened the door for Iran to grab one back through Mehdi Taremi, before substitutes Marcus Rashford and Jack Grealish rounded off England’s scoring.

Iran were awarded a penalty for a minor shirt pull, given after a VAR review, which Taremi converted in the 13th minute of stoppage time.

England’s cause was helped when Iran’s influential goalkeeper Alireza Beiranvand was forced off the pitch after 20 minutes following a sickening clash of heads with a team mate but they took full advantage.

England’s 19-year-old midfielder Bellingham underlined why some of Europe’s biggest clubs have got him in their sights, as he purred like a Rolls-Royce in the engine room and his opening goal set England on their way at Khalifa International Stadium.

Timing his run perfectly, Bellingham rose to meet Luke Shaw’s cross from the left, and directed a looping header over the keeper and into the top corner in the 35th minute to become the first player born in or after 2000 to score at the World Cup.

Shaw was the provider again for England’s second goal as his corner was headed back across the area by Harry Maguire to Saka, who volleyed expertly into the top corner.

The game was then effectively ended as a contest when Sterling added a third, finishing with the outside of his boot on the volley from Harry Kane’s cross after Bellingham was once again involved in the buildup.

England were not done however, as Saka grabbed his second in the 62nd minute.

Sterling, whose place in the side had been under scrutiny following mixed form for Chelsea, turned in midfield and fed Saka, who jinked inside then out, before dropping his shoulder and calmly slotting the ball into the bottom corner.

Iran pulled one back when Vahid Amiri fed Taremi and he smashed it into the top corner past England keeper Jordan Pickford but Rashford came on in a raft of England changes in the 70th minute and cut inside a defender before slotting his side’s fifth moments later.

England’s Grealish turned in their sixth from close range in the 90th minute after fellow substitute Callum Wilson’s run and cross from the right, before Taremi’s late spot kick. They will next face the United States on Friday, when Iran take on Wales.