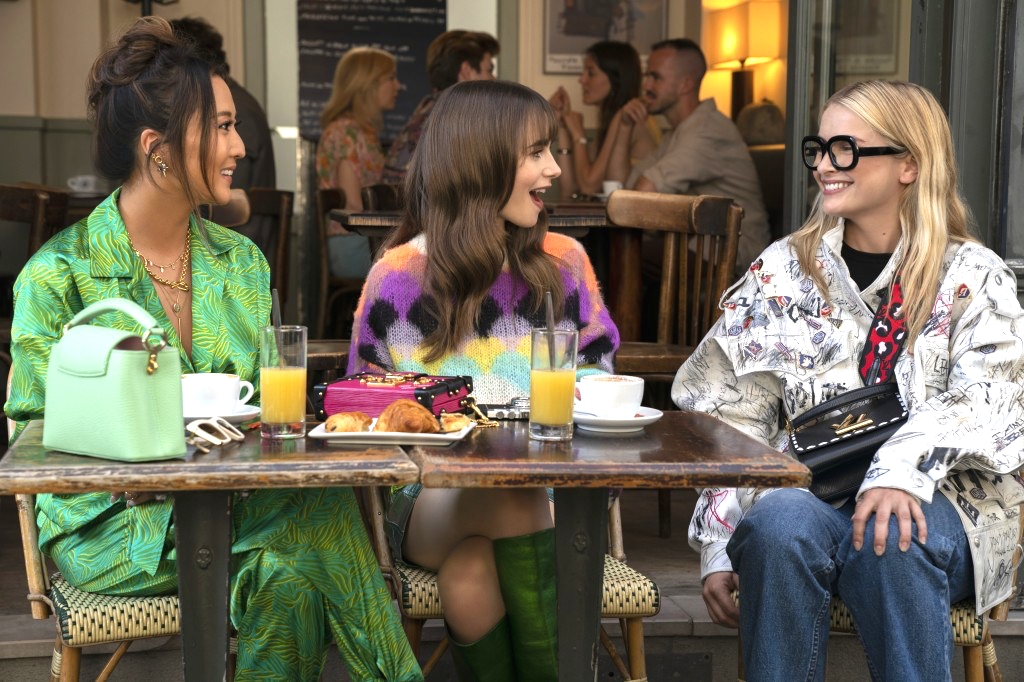 When primetime soap opera king Darren Star launched Emily In Paris in October 2020, this didn’t happen without controversy. The show, while relatively innocuous, still ruffled some feathers due to the very Carrie Bradshaw way that the protagonist took on a country where she didn’t even speak the language. And the show, which is largely devoid of substance, landed Golden Globe nominations while the more deserving I May Destroy You got left out in the cold.

As it turns out, this criticism was a fair one, but Emily (Lily Collins) has at least been attempting to learn some French. She’s now in the thick of her career, and her second season ended on a cliffhanger note, both on the personal and professional fronts. Granted, this stakes are not huge here, but the show us nonetheless engaging and a sugar-cookie confection of an escapist delight. Apparently Peyton Manning digs it, too, and it’s best not to think about that too much. As such, this show ended up with swift Netflix renewals, and we’re now heading into Season 3, which will arrive on December 21 with a whole lot of returning cast members.

Let’s do a brief rundown of where the main players stand.

– Emily’s love life: Our protagonist’s love life is surprisingly complicated. She ditched that Chicago boyfriend long ago and fell in lust with Gabriel (Lucas Bravo) and his skillet. They danced around their obvious mutual attraction, and Gabriel’s long-suffering, almost willfully blind girlfriend, Camille (Camille Rabat), freaked out over that massive skillet discovery. Those two ended up on the rocks, and then Emily landed in a casual thing with ^^ Alfie (Lucien Laviscount) ^^ that turned out to be slightly more than casual. However, Emily and Gabriel previously fell into bed together, but then that cad got back together with Camille, which is how the second season ended. However, there’s plenty of Alfie in Season 3, so maybe the love quartet will continue. Drama!

– Gabriel remained both a chef and hot: It’s impossible to understand why Gabriel is so poorly written, but the man can cook, so there’s that. He saved Emily’s butt on a professional level, and it’s clear that the show aims to put these two together eventually, but Camille remains a pushover, so they’re keeping her around. Meanwhile, Gabriel’s ambition is leading him towards needing a real marketing machine on his side to make his dreams come true. So, expect him to be in Emily’s life while still smoldering and pretending that this is all for work, which is about 15% true. We know better.

– Office turmoil abounds: At the end of Season 2, it seemed that Sylvie (Philippine Leroy-Beaulieu as the Miranda Priestly/Anna Winter-style boss) was leaving Savoir, and there’s a real question of whether Emily will stick around the company and/or also stay in Paris or go back to the United States. We can guess that she stays in Europe because no one wants to watch Emily in Chicago. Luc (Bruno Gouery) and Julien (Samuel Arnold) continue to be a hoot, and no one knows whether they’ll be with Sylvie or (for whatever reason) stick with Savoir. Meanwhile, expect a return from Madeline Wheeler (Kate Walsh), who was actually going to be Madeline in Paris before she got pregnant.

Meanwhile, Mindy (Ashley Park, shown left in the photo at the top of this post) continues to do the lounge singer thing, and she’s more entertaining and talented than this show will ever allow her to be. Expect this next season to be as light and airy as its predecessors, and there will be a fourth season coming, too. In other words, Emily will be giving ridiculous fashion vibes to the world while earning a billion Instagram likes without any effort at all. Bring on berets and baguettes, but don’t take this show seriously, ever.