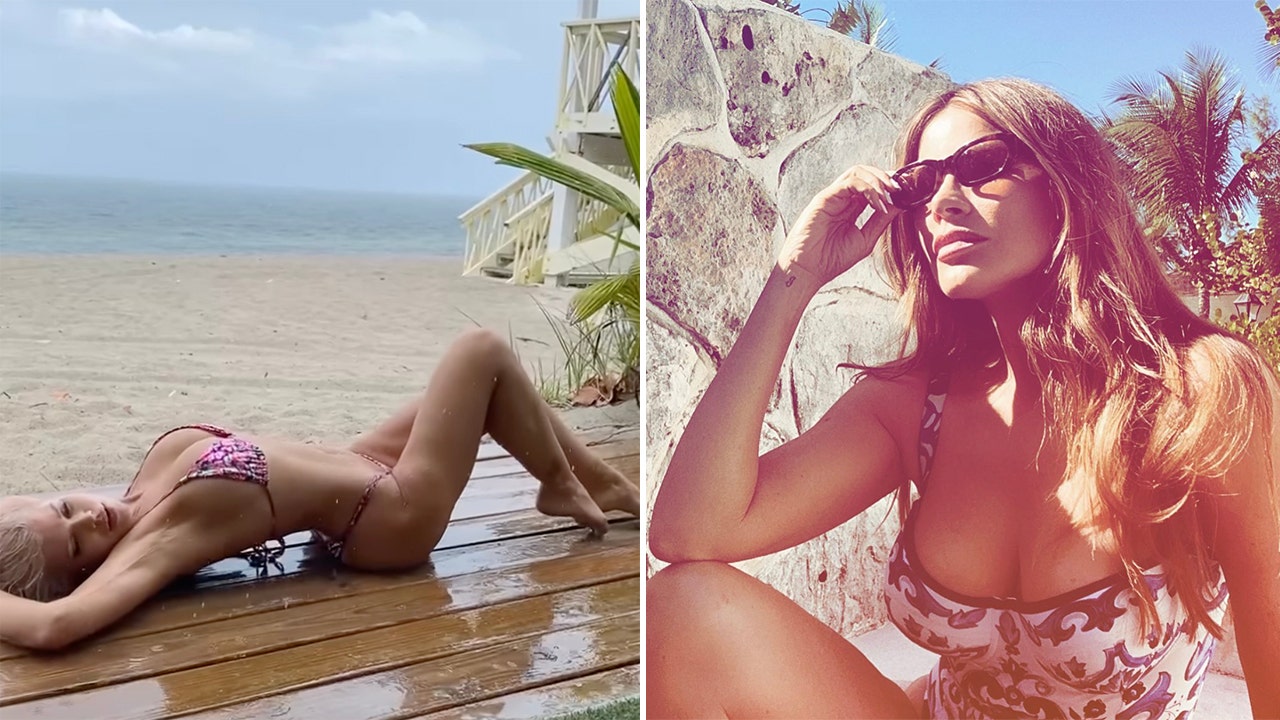 Hollywood stars are clearly pros at avoiding the winter blues.

Celebrities including Donna D’Errico, Kyle Richards, Sofía Vergara and more took to Instagram to flaunt their fit physiques, as they heated things up in sizzling bikini photos.

Here’s a look at some of the stars who stunned during their tropical vacations.

Donna D’Errico did not disappoint, as the former “Baywatch” star posed seductively for the camera, Monday.

In her latest racy post, the 54-year-old model is seen lying on the ground, arching her back by the beach in the pouring rain.

D’Errico donned a floral pink two-piece string bikini and had the song “Sweet Home Alabama” by Lynyrd Skynrd playing in the background of her video.

“It’s been sweet being back home where I was raised! I’m thinking of staying! Rain & all! Have a beautiful Monday y’all,” she captioned her post.

The 54-year-old reality television star showed off her sun-kissed skin while sitting poolside and lounging on a beach chair.

She sizzled in a gold and black two-piece while rocking shades. Richards shared several photos and videos during her vacation in Mexico.

The 50-year-old actress wore a one-piece white and blue bikini with floral prints and held her sunglasses in the sun-kissed photo. Her light brunette hair was styled off her shoulders, as she sat next to a stone wall.

‘REAL HOUSEWIVES’ STAR TERESA GIUDICE BOASTS ABOUT SEX LIFE WITH HUSBAND: ‘WE’RE VERY INTO EACH OTHER’

The 50-year-old topped off her look with a straw hat and flexed her muscles on a tropical beach. One of her daughters, Gia, commented on her mother’s photo writing, “who has a mom that looks like mine,” including two loving emojis.

The 31-year-old single mother posed for several bikini photos on her getaway.

She left little to the imagination as she donned a hot pink neon bikini and stunned in a red swimsuit in another photo.

Ratajkowski appeared to be vacationing with a few friends while enjoying clear skies and blue seas.

Stephanie Giang-Paunon is an Entertainment Writer for Fox News Digital. Story tips can be sent to stephanie.giang@fox.com and on Twitter: @SGiangPaunon.