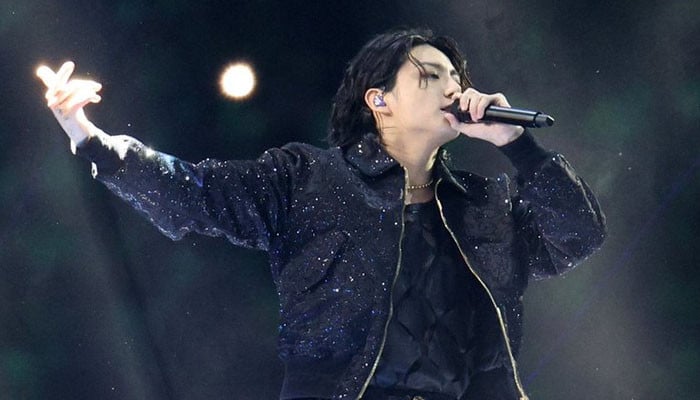 BTS star Jungkook has released the much-awaited, mind-blowing music video of his song Dreamers and fans cannot control their excitement.

The South Korean singer performed the song at the 2022 FIFA World Cup’s opening ceremony on Monday.

Dreamers music video was launched on FIFA World Cup’s official YouTube page today. The release of the song has already sparked massive social media frenzy, as ARMY shared their delight and amazement over the much anticipated song.

Reacting to the song, a fan wrote on Twitter, “Let’s take it to the top, such an uplifting song with those vocals, that percussion.”

Another wrote, “Tell Jungkook we are forever proud of our eternal artist. His voice is so dynamic and beautiful, the best singer in the world.”

This is the first time that an Asian musician performed the official anthem of the FIFA World Cup.