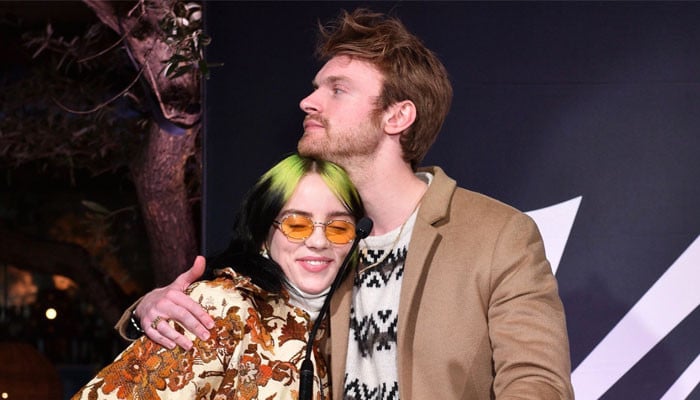 The musician, 25, weighed in on Billie’s relationship with Jesse Rutherford almost two weeks after the couple made their red carpet debut.

Not only did Eilish, 20, and Rutherford, 31, attend the November 5th LACMA Art + Film Gala together, they actually walked the carpet wrapped in the same Gucci blanket. The two took turns to pose with the blanket and revealed that they were wearing matching all-silk Gucci monogrammed pajamas.

Eilish opted for a sleeveless nightgown trimmed with lace, which she paired with a floor-length robe and a monogrammed eye mask, while Rutherford sported a long-sleeved shirt and pants, along with fuzzy Gucci slippers, per Page Six.

News of the Bad Guy crooner, 20, and The Neighbourhood singer, 31, sparked romance rumours in October, 2022, as they were spotted holding hands exiting a haunted maze at Halloween Horror Nights at Universal Studios.

Few days later, the couple seemingly confirmed their relationship as paparazzi captured the two kissing outside a restaurant in Los Angeles.

When the news of the relationship broke, many fans were concerned given the massive age gap between the two. Things escalated further when the two were criticised for their Halloween costumes, seemingly poking fun at their age gap.

In photos shares to Instagram, the two dressed up as a baby (Eilish) and an old man (Rutherford), and they showed commitment to their costumes. Eilish wore a bonnet, a bib and babydoll makeup, while the Rutherford donned a bald cap, a grey mustache and suspenders.

According to E! News, Jesse was previously in a relationship with model Devon Lee Carlson for six years until their split last year while Billie dated rapper Brandon Quention Adams for nearly a year before splitting in 2019. She was most recently linked to Matthew Tyler Vorce but announced their breakup in May.