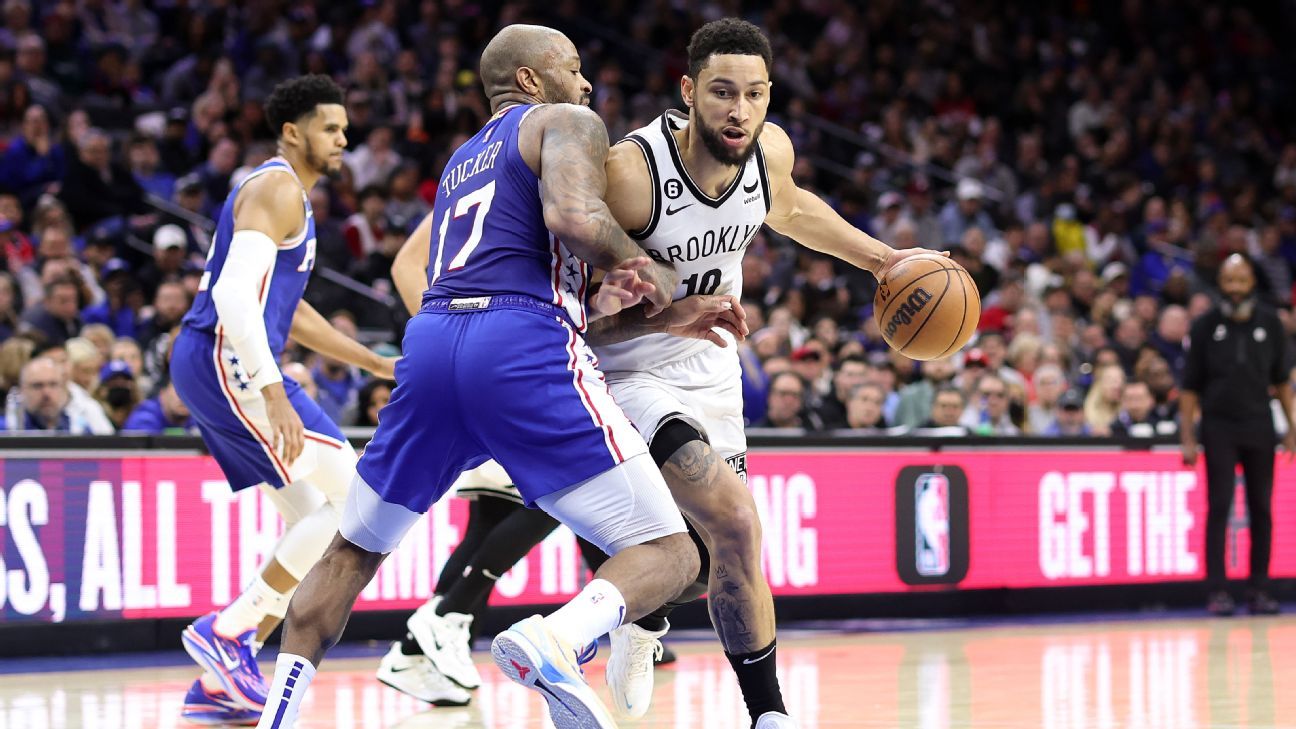 PHILADELPHIA — Jacque Vaughn has a simple message for Ben Simmons.

The former All-Star struggled to find consistency in his game throughout the season, but again showed flashes of potential in a strong third quarter in Wednesday’s 137-133 loss to the Philadelphia 76ers. Simmons scored 10 points and looked like a different player offensively during that stretch.

The Brooklyn Nets‘ positive-minded coach delivered a dose of reality to Simmons in his postgame commentary with reporters.

Midway through the season, the Nets still don’t know exactly what to think about the 26-year-old Simmons. He has shown that he still has the ability on both ends of the floor to be a difference-maker for a team with championship aspirations. But he has also shown to be far from the player he was for the 76ers alongside Joel Embiid.

In the first half Wednesday night in his first game against former teammate Embiid since he was traded, Simmons struggled to find a rhythm. In the third quarter, he provided the kind of lift the Nets have been seeking from him all along.

“He just made a choice to put his head down, be aggressive for our team and we need him to do that,” teammate Kyrie Irving said of Simmons’ third-quarter performance. “… So when he’s aggressive like that being Ben Simmons then we look very, very good and it gives us opportunities that sometimes we don’t get if he’s not.”

Vaughn made it clear that the reason Simmons sat the final stretch after playing well in the third quarter is because the Nets were looking for more shooting and wanted to space the floor for Irving to operate. But when reading between the lines of Vaughn’s commentary recently it’s clear that he would like to see more from the max-contract big man.

“We really want to get to a point where your teammate is depending on you to do your job every single night, every single possession. Ben showed more ability to play with force in the second half, which paid off, which is what we need, which was great for our team.”

There doesn’t appear to be an issue between Vaughn, Simmons or the rest of the Nets, but it is a situation worth watching, especially if Simmons continues to sit late in favor of center Nic Claxton. Having both Claxton — who continues to improve night after night — and Simmons on the floor together will provide a potential free throw nightmare for Vaughn.

The Nets have repeatedly stood behind Simmons publicly, dating back to last season when he wasn’t able to play because of a back injury sustained before being traded from the Sixers. They believe that he can shake the rust off his game and get back to form. But as this season has worn along and the inconsistencies have become more apparent, some of the frustration in those differences within his game have become more apparent both from Vaughn and some of his teammates.

“Just don’t lose confidence in him,” Irving said about Simmons. “And look him eye to eye and just hold him accountable. That’s what we do every single day. We don’t want to duck anything when it comes to us building camaraderie, when I say ‘duck’ it just means sometimes confrontation is good. Meaning what happens in the locker room or what happens on the court, sometimes you guys see it, sometimes you don’t.

Get access to exclusive original series, premium articles from our NBA insiders, the full 30 for 30 library and more. Sign up now to unlock everything ESPN+ has to offer.

“Encouragement can look many different ways, we just want to continue to hammer home that our best team effort is when we’re all playing well and staying aggressive and just taking the shots that the defense is giving us … in terms of Ben, we just want him to continue to be aggressive and when he figures it out, he figures it out. When it clicks for him it’s going to click and we’re going to look even better. So I’m seeing flashes, I think we’re all seeing flashes, and we just want him to keep it up.”

Vaughn said he watches how players, including Simmons play each possession, how they box out, how their effort looks on tape, to determine how well they played on a given night. And he remains outwardly confident that Simmons will return to a higher level of play in the second half.