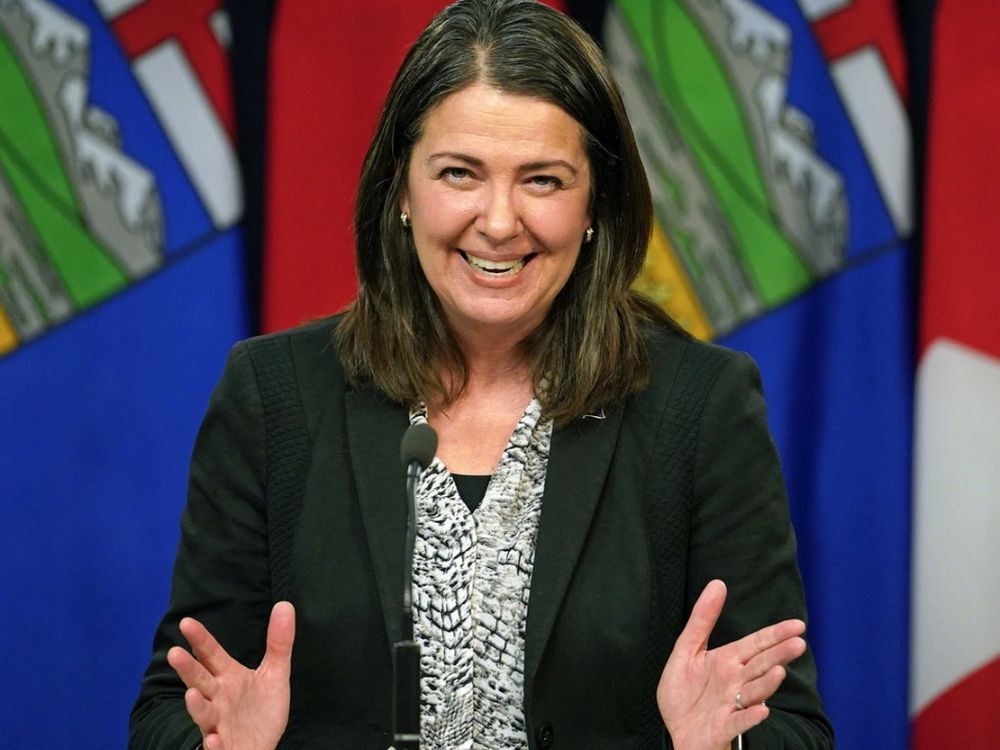 Do you know what to expect Tuesday?

Do you know what to expect on Tuesday at 6:30 p.m. when Premier Danielle Smith goes on local CTV and Global TV stations and rolls out her 10-minute address to Albertans?

No, this is not Ralph Bucks with hard cold cash for all, jingle in the jeans, where a fresh cheque was cut for every single Albertan at 400 bucks a pop and some families received quite the windfall.

No, this is not Dani Dollars, a so-called dividend to be paid out to Albertans, a brainwave suggested by the premier when she was Wildrose leader 10 years ago.

No, this is Smith’s right-here, right-now inflation relief package with an election looming this coming May.

Let’s get to the meat and potatoes and, with the prices of groceries, a lot of individuals have been thinking about meat, potatoes and almost everything else at the store these days.

Even the price of lettuce. Gimme a break.

The smart money says if you are a family with children under 18 years of age and your yearly household income is a little less than $200,000, you will get a total of several hundred dollars a child paid out over the course of six months.

The same payout will go to seniors, those with the same household income as families eligible for the dollars.

The severely handicapped on AISH and people with developmental disabilities on PDD and folks on Income Support will also receive the money.

Alberta benefits will go up with increases to the cost of living.

Smith and her government will nix the entire provincial fuel tax for at least the next half a year.

With a change to income tax, Albertans can expect getting back a few more dollars in the spring after filing taxes.

There will be an increased rebate on consumer electricity bills through the winter adding up to a couple of hundred dollars a household.

The Smith government is said to be working on doing something about spikes in winter electricity rates.

They will also put dough toward food banks and low-income transit passes.

More is thought to be coming down the road but it is not part of Smith’s time on the tube Tuesday night.

The price tag for the TV spot adds up to $2 billion-plus but there’s coin in the kitty, mucho dinero in the provincial treasury, the oil roller coaster closer to the top than the bottom.

On Tuesday, Smith will speak once again of pushing for shorter waits in emergency rooms and shorter waits for surgeries and for ambulances.

Mercy or mercies, Smith WILL NOT expound about COVID.

But she has to give her core supporters something.

She’ll mention her Sovereignty Act, where the Alberta government won’t enforce measures of the federal government when Ottawa is muscling in on the province’s rights.

It will now be known as the Alberta Sovereignty Within a United Canada Act, just in case you think Smith is flirting with separatism.

It won’t end there but a reviewer never gives away the ending.

What speech by an Alberta conservative doesn’t include a nod to the late premier especially when his approval rating was higher than any of theirs.

How will this 10 minutes in front of the cameras go for Smith?

Spin doctors around the premier feel this is the right prescription.

They are confident if Smith speaks directly to Albertans, and not through the press, she will get a favourable hearing in the court of public opinion.

They believe things are already starting to turn around for Smith.

They think Smith is on the way up, after she stumbled badly out of the gate and a respected nose count had her trailing the NDP by nine points and this scribbler wrote: “Danielle Smith, read this poll if you know what’s good for you.”

The Smith braintrust look at this TV spot and see an opportunity for the premier to show the voters she is not wacky or kooky or more than a little off-balance or channelling some unpopular and harebrained ideas.

Will she convince enough Albertans she is done with some of the spacewalks of her past, her adventures with dubious opinions, a path with defeat as its likely destination?

Will she be seen as having done a real pivot from the preoccupations of her leadership campaign and her talk show days?

That question is for you, dear reader, to answer.