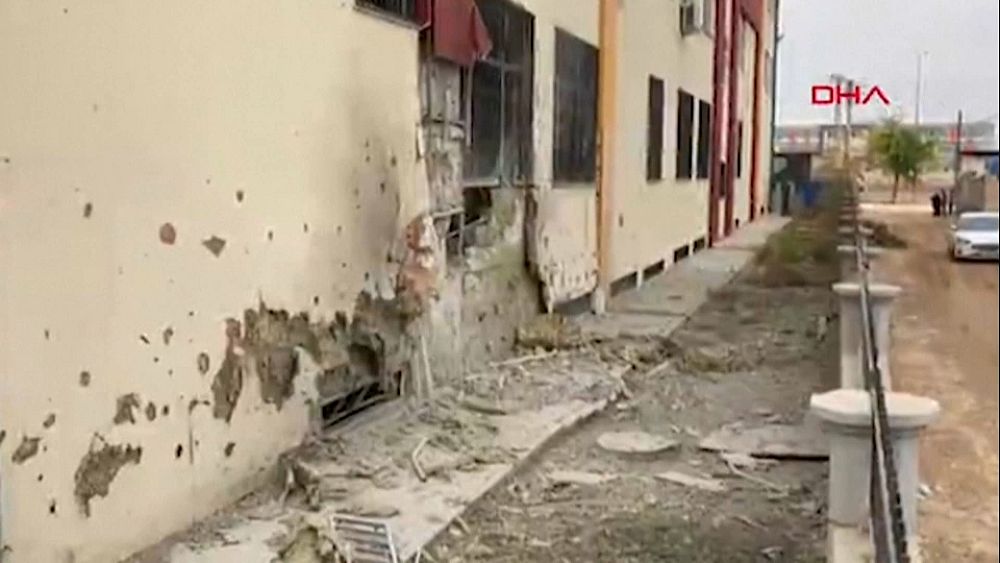 Rockets reportedly struck a school and two houses in Gaziantep province, wounding at least 10 others.

A truck near a Turkish-Syria border gate was also damaged by rocket fire, according to the state-run Anadolu Agency.

Soylu said Turkey would respond to the attacks “in the strongest way possible”.

The attacks come just days after Turkey launched deadly airstrikes in northern Syria and Iraq, targeting Kurdish militant groups that Ankara has blamed for a deadly bomb attack in Istanbul on 13 November.

At least 31 people were killed in the Turkish strikes, according to the Syrian Observatory for Human Rights.

Turkey, the United States, and the European Union all consider the PKK to be a terrorist organisation.