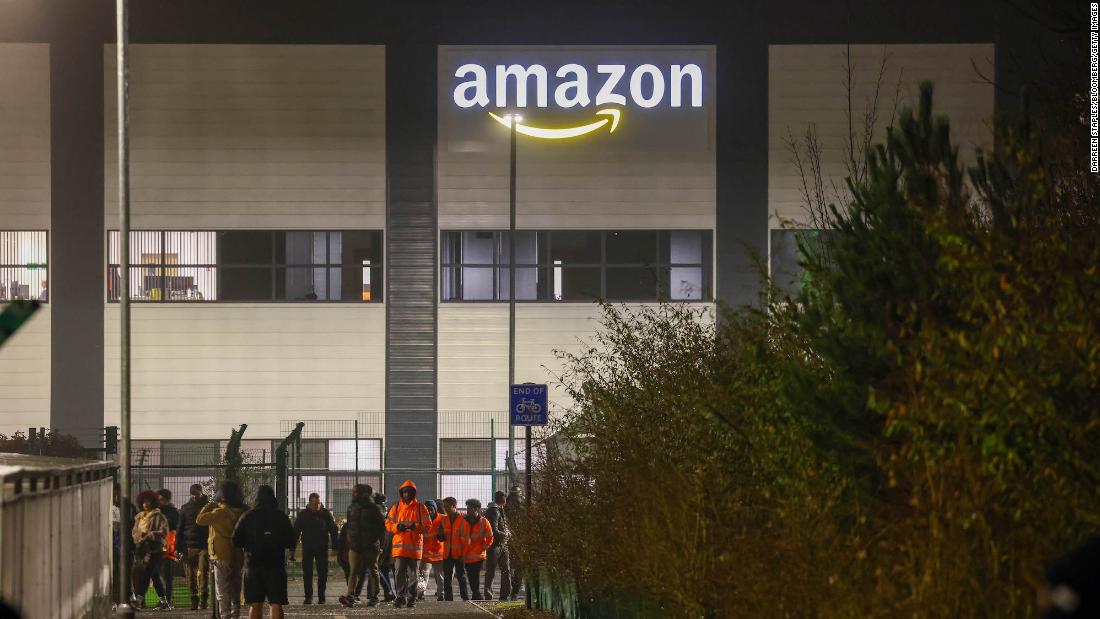 About 300 of 1,000 workers at the Coventry fulfillment center are protesting Amazon’s 5% pay increase last year, which is well below the rise in the cost of living.

The price of food and energy has surged in the United Kingdom, pushing consumer prices up 10.5% in the 12 months to December. That’s unleashed the biggest wave of industrial action in the country in decades as workers across the economy see their living standards plunge. The average UK wage this year is set to drop to 2006 levels once inflation is taken into account.

Workers are asking for £15 ($18.49) an hour, which the GMB union said would be in line with pay at Amazon in the United States. Starting pay for warehouse workers in the United States averages over $19 an hour after the company’s latest raise in September.

“They’re taking on one of the world’s biggest companies to fight for a decent standard of living,” GMB senior organizer Stuart Richards said in a statement. “After six months of ignoring all requests to listen to workers’ concerns, GMB urges Amazon UK bosses to do the right thing and give workers a proper pay rise.”

“Employees are also offered comprehensive benefits that are worth thousands more,” including private medical insurance, subsidized meals and an employee discount, the spokesperson said.

The strike comes as employees in the United States continue to organize and push for collective bargaining rights.

Amazon employees at a warehouse in Staten Island, New York, made history last year when they voted to form the first-ever labor union at one of the company’s US facilities. Amazon has refused to formally recognize or bargain with the Amazon Labor Union, which was recently certified by regulators.

Amazon, like other large tech companies, has been trying to reduce its labor costs, pointing to the darkening global economic outlook. After going on a hiring spree during the pandemic, the company announced earlier this month that it will lay off more than 18,000 employees.

“Companies that last a long time go through different phases,” CEO Andy Jassy said in a memo to workers. “They’re not in heavy people expansion mode every year.”