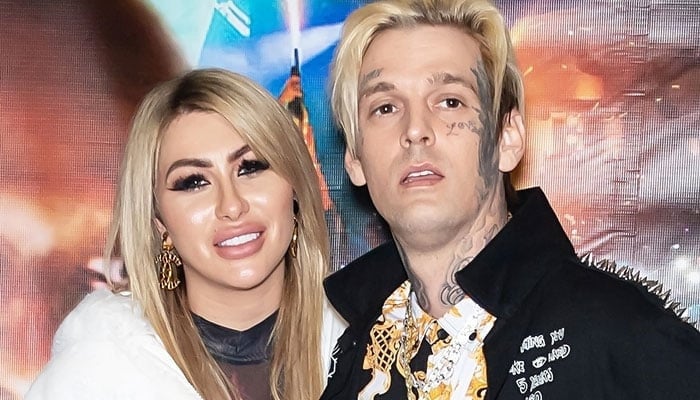 Aaron Carter’s former fiancée, Melanie Martin has come forward to share her point of view regarding the circumstances that made the late star vulnerable and mentally disturbed, accusing his manager Taylor Helgeson of enabling, overworking, and using him in an Instagram post.

The singer was found dead in his bathtub in his home in Lancaster, California on November 5 aged 34 – with his manager Taylor Helgeson giving a series of interviews about the star’s final words to him and his condition in his last days.

Martin, 35, who is the mother of Carter’s only son Prince, one, took to Instagram on Friday to claim Helgeson ‘had a hand in Aaron’s relapse’ and pushed him to go back on tour as he battled addiction.

Soon after, Helgeson issued a statement refuting ‘both [Martin’s actions and false statements’ while claiming Carter had distanced himself from Martin prior to his death.

Former child star Carter spent his life blighted by drug addiction. It was reported law enforcement found prescription pills and cans of compressed air in the bathroom where he died. He claimed he was nearly five years sober before his death.

Sharing a screenshot of an article in which Helgeson spoke about Carter, Martin wrote: ‘I haven’t spoke out but I feel the need to now. This man did nothing to help Aaron. He enabled him so much.

‘All he did was put a wedge between Aaron and I for the party to start. I was even thrown off the tour bus by this man!!

‘He tried to take over and brought him things that should have NEVER been brought to anyone. Let alone an addict.

‘He overworked him when he was not well. He used him in life and now he’s still getting paid for interviews!

‘This man wanted to get Aaron’s career back but this wasn’t the time to do so. Aaron needed help and needed rehab to be sober before he could revive his career.

‘I am sick of people coming out of the woodwork now with false narratives to look like the hero.’

This comes as Helgeson, who worked with Carter for eight months, told Page Six how cyber-bullying ‘really affected’ the star.